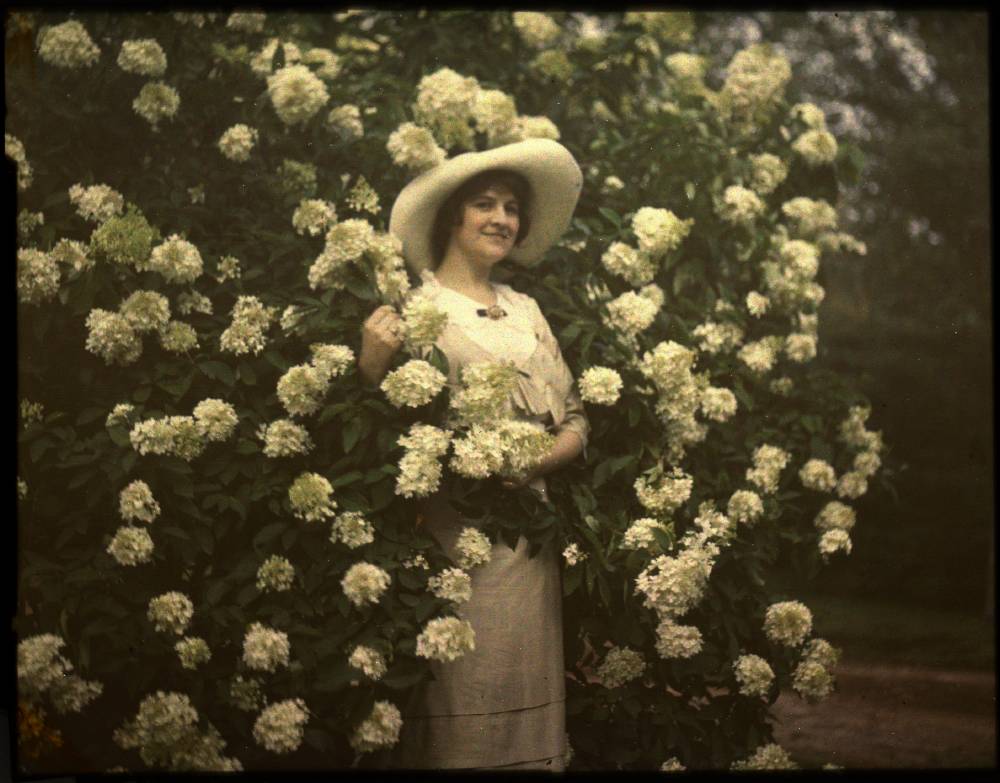 It’s okay to admit it.

You have this secret dream.

The deep dark kind that would make you afraid if anyone else found out.

There I said it.

Here’s where Hubert once lived. He’s just a stump now.

No. A botanical name.

A name in quotes. You know after the confusing Latin part. Hydrangea paniculata ‘Pee Wee’

Naming plants. Now that would be so Michael Dirr!

Name Your Own Plant

Louis had that same dream also. His plant descended from the Far East. Every summer, no matter how cold the winter, it always wowed the neighbors and his coworkers. A few just passed it off as a novelty.

Louis only listens to his encouragers. It is such a beautiful plant. It gives us all joy. Why don’t you display it at the flower show?

Well Louis thought about it. Yea, I like to put smiles on people’s faces. Good idea. Let’s do it.

The entry forms arrived in the mail. Louis hates paper work so he asks his wife to fill it out.

Louis had decided to enter some more of his favorite plants also.

His wife asked him, “What is this one’s name? And this one?”

Now they had reached the last and most beautiful plant. The one everyone talked about. Looking up at Louis her eyes sparkling “This is my favorite.”

The plant was bursting with large white inflorescences serrated petals (sepals) highlighted with a hint of blue in the center of each bloom (sepal)  grouping.

“Mine too!” Louis responds. That’s why I’m naming it after you,  Madame Emile Mouillère.

This story is how I imagined it might have happened around known facts.

Monsieur Emile Louis Mouillère was a French horticulturist in the late nineteenth and early twentieth century. He made his home and hydrangea legend in Vendôme France where his family hydrangea legacy lasted until the mid1950s.

Mouillère was fortunate to receive a part of a donated hydrangea collection from Veitch Nurseries in England. These 500 plants were gathered during an 1877-1879 Far East expedition sponsored by the nursery. Veitch did not see the potential value for the plants.

The Royal Horticultural Society of France opened their annual Flower Show May 17, 1909 in the Tuileries gardens.

The Weekly Florists Review covered the event in their June 1909 edition.

“The fine artistic touches the skillful blending of colors and the perfect harmony of the exhibition were features deserving of the highest praise.”

With that description I’m seeing Penny McHenry Hydrangea Festival and Standard Flower Show in my mind. The article continues.

“Only a few novelties were in evidence. A certificate of merit was …. to Hydrangea hortensis Mme Mouillere a fine large pure white head of bloom exhibited by E Mouillere Vendome. The same exhibitor had at least half a dozen new hydrangeas but the above was the only one recognized by an award.”

The next year 1910 brought another award in England. It was record in:

“Within the last few years several distinct varieties of Hydrangea hortensis have been introduced to commerce, and on May 3 two of them were given Awards of Merit by the Royal Horticultural Society. “

“…the … variety is named Mme. Emile Mouillere. The flowers … are almost white, with a small pink centre. It has serrated petals, but to a much less extent than in the variety Ornement, while it loses somewhat in effect owing to the flowers not being flat.”

The Hand that Rocks the Hydrangea Cradle

The Mouillère family put Vendôme France on the hydrangea breeder’s world map. During the first half of the twentieth century close to one hundred hybrids were developed. Many can be seen today in the center garden at the remains of a medieval castle in Vendôme. These are considered classics beautiful varieties in hydrangea history.

‘Mme Emile Mouillère’ is the theme hydrangea for the eighth running of the Penny McHenry Hydrangea Festival in Douglasville, GA. It is a classic hydrangea that has held its own for one hundred nine years in flower show history.

Dr. Michael Dirr proclaims ‘Mme Emile Mouillère’ “the best white mophead for general use” in his book Hydrangeas for American Gardens published in 2004 by Timber Press, Inc. (not an affiliate link)

‘Mme Emile Mouillère’ blooms are a butter-white turning pinkish as it ages. The sparking blue or pink eyes capture your attention. The plant is extremely reliable and cold hardy with consistent blooming for its audience. It is a cross of ‘White Wave’ and ‘Rosea’. Remember the original 500 hydrangea brought from the Far East. It is now know as Hydrangea macrophylla ‘Mme Emile Mouillère’.

McPlants will again build a designer show garden on the grounds of the Cultural Arts Center located in the heart of Penny McHenry Hydrangea Festival at 8652 Campbellton St, Douglasville, GA 30134. Access is free.

Self drivers exit 36 on I-20 then north on Campbellton Street. Park in Douglas County High School parking lot or the Cultural Art parking lot in back. You will be able to access many parts of the festival from this location. See Schedule for all Festival events.

Many planning hours and days go into developing these gardens for your enjoyment. We look forward to presenting this garden to you every year.

I would love to see you. Come by and let’s chat. I want to hear your clever plant names.